HOME ABOUT US LOANS SAVINGS JOIN US OUR SERVICES CONTACT US

Brecon & District Credit Union is a not-for-profit financial co-operative. We are committed to providing affordable, low-cost financial services to everyone within our local community.

Please note, by clicking on one of the above links you will be
re-directed to cusecureserver log in

Is My Money Safe?

Credit Unions in the UK are strictly regulated, and are members of the Financial Services Compensation Scheme (FSCS)

The main Act of Parliament which governs how credit unions operate is the Credit Unions Act 1979. This sets out the objects of a credit union: -

The promotion of thrift among the members of the society by the accumulation of their savings;

The creation of sources of credit for the benefit of the members of the society at a fair and reasonable rate of interest;

The use and control of the members' savings for their mutual benefit;

The training and education of the members in the wise use of money and in the management of their financial affairs;

The Act states that credit unions must have their accounts audited annually by a qualified auditor and that they must be insured against fraud or theft.

If you have any concerns about how your Credit Union is operated, you are invited to discuss them with staff or a Board or Supervisory member.

We are covered by the Financial Services Compensation Scheme

The FSCS can pay compensation to depositors if a credit union is unable to meet its financial obligations. Most depositors, including most individuals and small businesses, are covered by the scheme.

For further information about the scheme (including the amounts covered and eligibility to claim) please ask for the FSCS Booklet, ask at your local branch or refer to the FSCS website www.fscs.org.uk or call Freefone 0800 678 1100.

Credit union members also have the option of complaining to the Financial Ombudsman Service, if they don't get satisfaction from their credit union's internal complaints procedure. 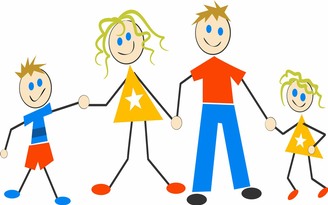